I should have known better. The term “blowout” is never associated with a good aftermath. At best it entails something nasty issuing from an orifice of some sort. I prefer the Tour de Tower, which is a trip around the monolith, hitting as many routes as possible along the way. Some of those routes may be Killer b’s (the 10.b grade at the Tower is a universal sandbag), but not a bunch of 11’s. For me, those are still part of a three route regimen: one warm up, one desperate struggle, and one warm down to wash away the cotton-mouth.

When Mr. Swift suggested the blowout before the voluntary June climbing closure, I figured it would be OK. He’d lead all the hard pitches. Nobody can string together those steep, crimpy slabs and fingertip cracks all the way around the Tower without getting tired. I’d lead the approach pitches and then, when he folded, I’d take over and ease things back into the classic tour.

He didn’t fold, he escalated. Before it was over, I found myself on routes I wasn’t sure I could even follow. I managed, but only just. When it came time for the warm-down, it was I who was forced to quote the great Roberto Duran. No mas.

At least all that time on the dull end allowed me to get some amusing photos.

Anonymous climber on Everlasting, aptly named since you’re sorry you got on it by the second clip and then it just won’t end. 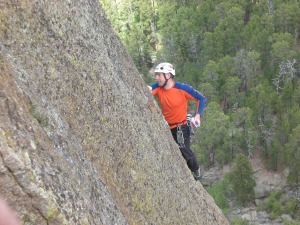 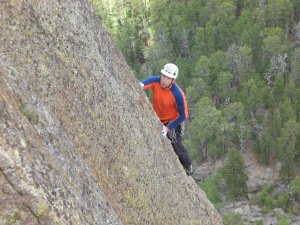 It is important to chalk up here to take your mind off the crappy footholds. 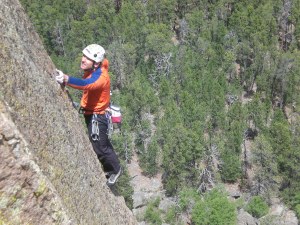 Busy day on the NE shoulder. 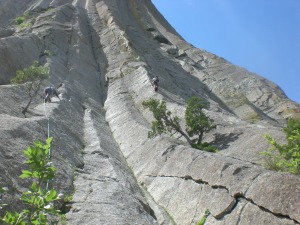 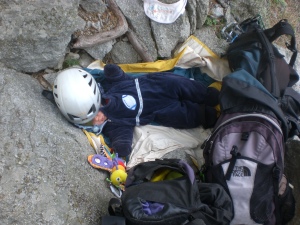