A Romance for the Ages

Even before the UN, we could see it coming. One tin-pot dictator can always recognize another, and once their eyes meet across a crowded international stage, destiny takes over. A love affair is inevitable. For, an affair with an autocratic kindred spirit is the closest that either will ever come to his core aspiration: simultaneous actual and metaphorical auto-fellatio.

The passion between Rocketman and Cap’n Reality is extra special, though.  It is special because the younger partner’s pallid complexion, chubby cheeks, and Kim family glasses, perfectly complement the older man’s crispy ‘do, orange naugahyde integument and conniving squint (not to mention his teeny-tiny hands).

And it is special because both partners are imposters. Each having found himself in an awkward situation as a result of pursuing his fondest dream with too much gusto, they are both making it up as they go along. That makes their passion a refuge as well as the sole substitute for special sucking.

It is no wonder then, that each mounts the other in turn, in public, on a daily basis.

We keep coming back to it.

Because, it is one of the best climbs in Sedona.

It has four distinct cruxes. 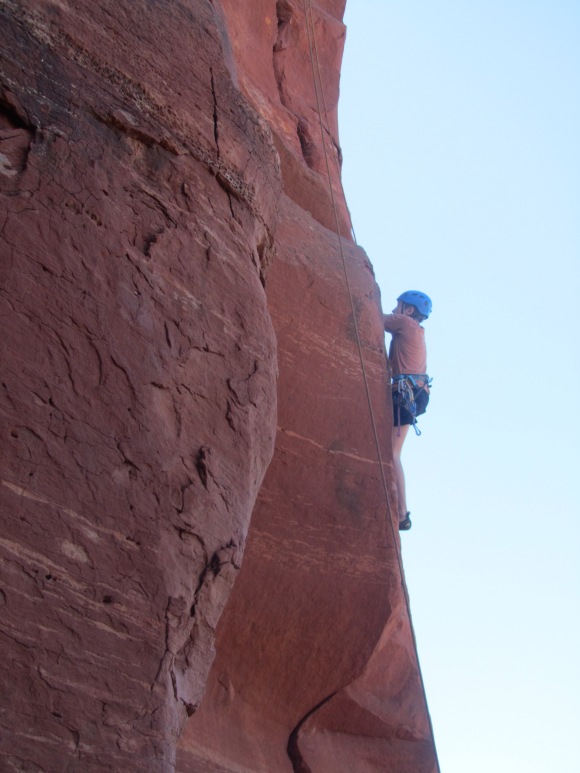 Starting right off the deck.

My son demonstrates the most photogenic method of ascent. He still has a way to go; good technique is boring.

In Defense of a Quaint Habit

El Cap. was where the closure had to happen. It was where climbers rounded the bend to see the sport’s conclusion, because El Cap. was where the use of climbing implements – pitons, ropes, chocks, etc. –  peaked and then slowly started to tilt toward freedom. Now, parties still engineer their way up the face of Yosemite’s premier monolith, but their methods have been exposed as second-best. They have been rendered the sport’s Civil War reenactors by the nuclear blast of Honnold’s solo.

Yet there may be hope for roped climbing. It may still be more than shooting blanks at a campout.

All history looks circular from a certain perspective, but that view misses the metamorphoses within lifecycles. And, that miss is a big one. The transformations carry all the themes, while the repetitions merely demonstrate mechanisms.

Yes, the butterfly will lay eggs, but its wings are beautiful.

Ropes and pitons opened the way up previously forbidden ice and stone. But the equipment also bound us to each other and the mountains. The rope gave us things like Pete Schoening’s famous catch on K2 in 1953. Actually, it gave us the 1953 K2 expedition. It gave us Peter Terbush.

We shouldn’t forget that the rope also gave us Alex Honnold. Without a safety system which allows for failure, and for pushing past the point of failure, soloing is just a stunt, like going over Niagra Falls in a barrel. The rope allows soloing as perfection of an art. A soloist climbs alone, but not apart from other climbers.

Still, climbers are a breed apart, and not because we are capable of feats which are beyond the average citizen. The rope sets us apart. It lets us see that soloing El Cap. is not a stunt. Climbing accomplishments of all sorts, which the average citizen, mired as he is in the institutionalized narcissism of our civilization, can only see as ego gratification, we see as steps on a path to a broader vista.

Ahhh, what else is there? I mean that rhetorically.

Use of a rope gives access to that view: of the self as part of a team, the ego as malleable, and a person as part of the fauna on the vertical face of the crag. Some people will always yearn for that perspective, despite societal admonitions to keep looking down and stay in line. And so, roped climbing will persist as more than a quaint habit. 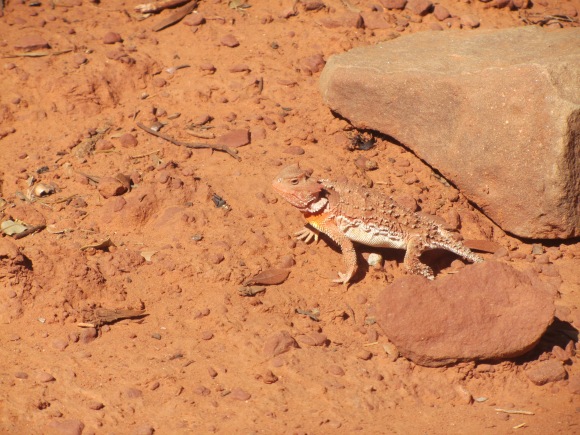