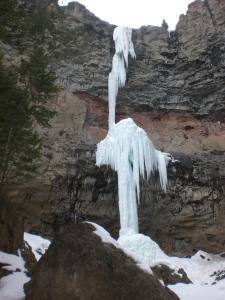 Seven is the number of pitches for Broken Hearts, one of the best climbs in the Southfork valley. The trouble is, those pitches do not often coexist in time. The upper tier of three amphitheaters waits for the Spring to grow its pillars. By then, the sun has eaten away the path up the ice that leads to the show. 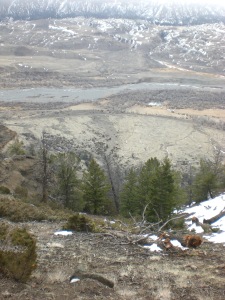 Looking back at the road from the half-way point on the walk up.

What a show it is, too. The final three pitches, along with Carotid Artery, are a different story from the lark in the lower drainage. But there is a price. To reach this venue in Springtime, when the lower pitches are missing, one has to walk up the walk-off. 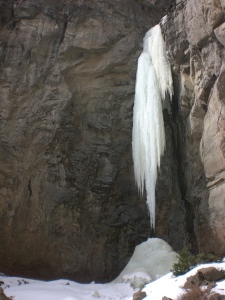 Walking around on the valley walls in Cody is ill-advised in principle. The slopes are steep, loose and rocky, and it is easy to reach  a precipitous dead-end, resulting in grueling detours and back tracking. The course which skirts the lower canyon of Broken Hearts is better than most.As I plodded the solid hour of uphill however, I found myself making notes for the next time: “Remember, it is that bad, it is that bad, …”. 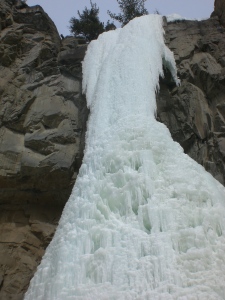 In the first of the three bowls, Carotid Artery was not formed. Some new fixed gear adorned the crack behind the hanging dagger, but the ice was too far out from the wall to make a mixed version feasible or safe. 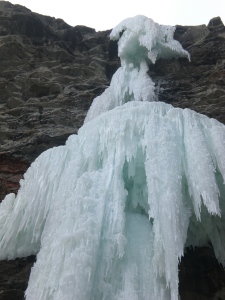 The rest of the pitches were there, though. We knew from the start that the seventh belonged to Rich. We didn’t need to discuss it. He had been thwarted twice before, having to walk away from the climb due to conditions and time. Conditions were not perfect this time. A massive amount of water poured over the roof at the top. We were prepared for it this time, though. 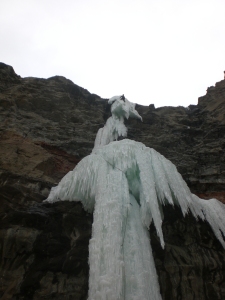 Like a character moving over landscape out of a Dr. Seuss book, Rich made his way up the twisting series of steps and columns. He was able to skirt the roof, though the climbing to do so was still past vertical.  As I swore away the barfies at the top, water dribbled from the velcro cuffs of my current hand-wear. I found myself making notes again: “Remember, gloves with gauntlets next time.” 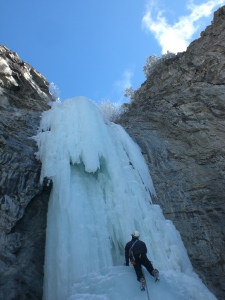 Lap 2 on Pillar of Pain the next day

By the end of it all we were wet, cold, miserable and exhausted. We would be the same way at the end of the day tomorrow. Ice climbing is just freaky like that, and if you aren’t too, you probably won’t keep doing it. I will. I found myself making more notes on the trudge back down: “Remember, it was worth it…” 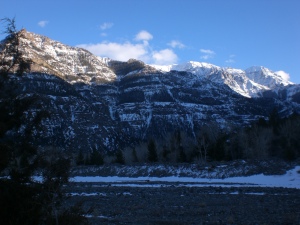