It may not have been a Polar Vortex, but the lack of marketing didn’t make it any warmer. It was perfect. The climb opposite the Ten Sleep fish hatchery formed in such circumstances. 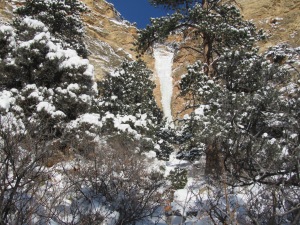 What better way to begin the year than with a test of nerve and commitment rather than strength and skill?

The temperature was in the teens, but in the sun, we could climb in a single layer. 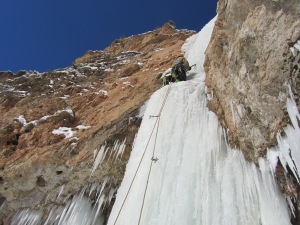 It was a race on tiptoes. The screws were melting out (I cleaned most of them by a simple pull on the way down). The ice was thin and poorly bonded. If I climbed it enough times over the seasons, the day would come when it cracked and slid under my pick. 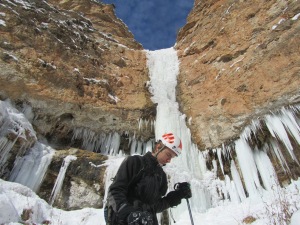 But that day did not come.

It was a beautiful day.