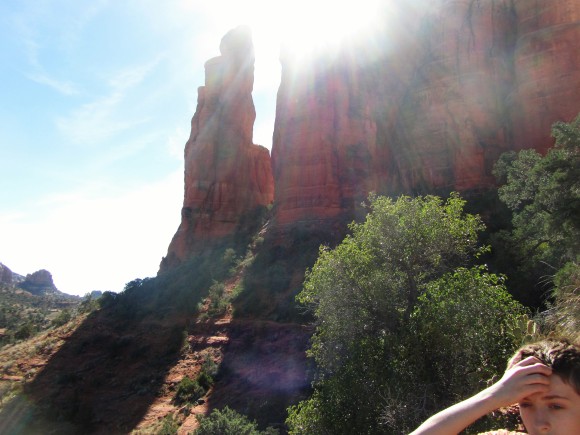 We finally got around to climbing the Mace. Well, we got around to mostly climbing it. We skipped the step between the spires, the scramble to the summit register, and the jump back across. The last section just didn’t add to the meaning of the climb. Plus, we left our water at the base, and we were getting thirsty. 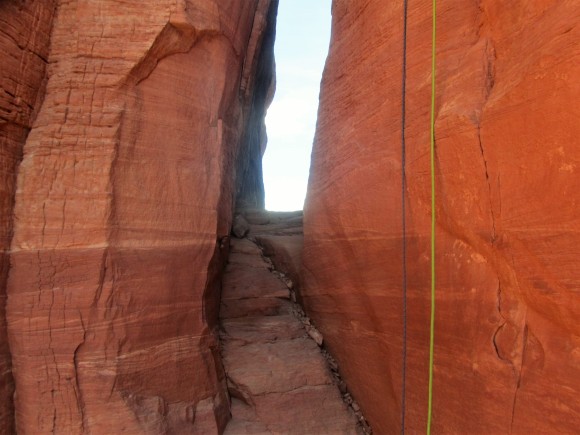 We put off the Mace in anticipation of the right weather conditions. The route ducks in and out of the morning shadows, so it needed to be warm, but not hot.

Spring finally came around, and after several false starts due to damp conditions, we made our way to the foot of the spire.

The first pitch started up a chimney, then broke left to pass a small roof.

The second pitch began as a steep hand crack. After a few feet, the angle relented and the crack branched into an easy offwidth to the left. 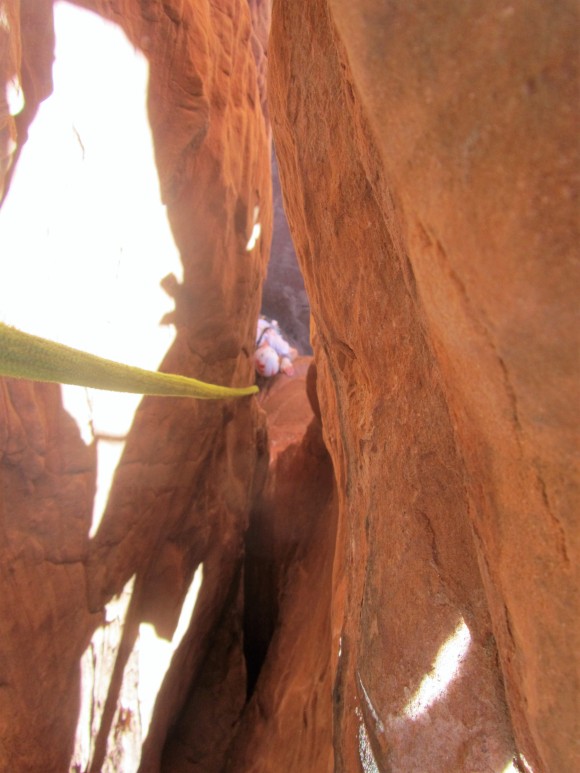 A traverse left came next, followed by a bit more chimney.

At the top of the chimney, the route got weird. The way lead through a gap between a trio of towers, to a steep corner with a finger/hand crack in the back of it. But one did not need to stay in the corner. The three pillars allowed a ping-pong ascent, with steps back and forth from the corner to the other pillars. At one point, I was able to stand on top of the rear tower and take a break while reading the chalk-marks on the opposite face.

The clever options ended in a pod which tapered upwards to the critical 15 feet of the route. At the crux, the crack became a leaning, chicken-wing offwidth, made even more insecure by a bolt which proved awkward to clip and showed an unseemly amount of thread peeking over the edge of the hanger. 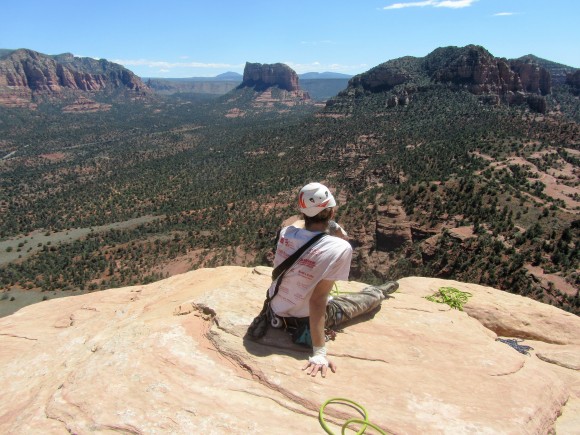 A few more feet led to the top of the penultimate spire.

My son plopped down at the anchor and said, “Never again.”

Obviously, he didn’t care to lean across to the ultimate spire and jump back across the gap on the way down (the draw for most who climb the Mace). 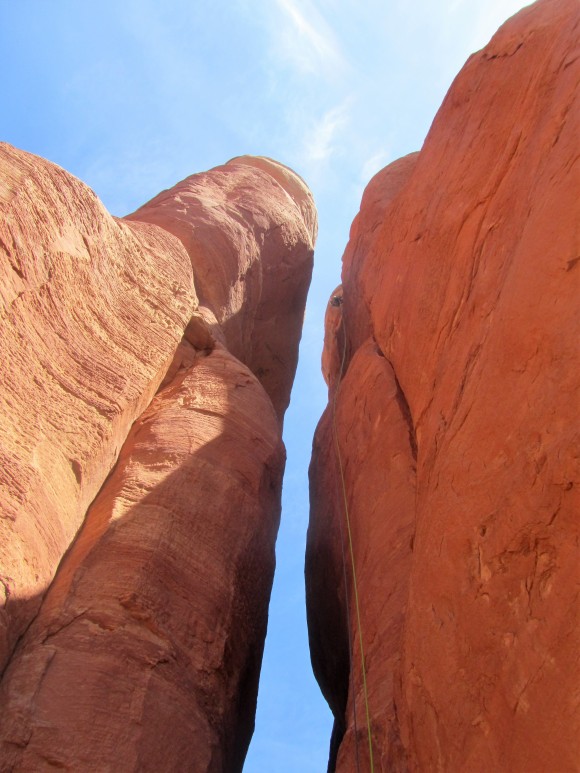 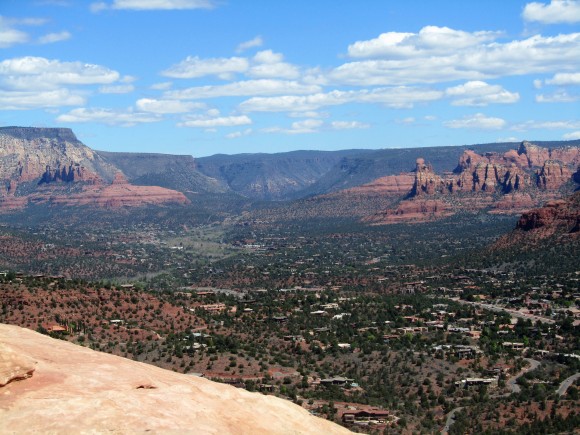